This year has been a hectic one for Jessica Pastries. It’s been a year of achievements and new projects, each one as interesting as the next.. A year that symbolizes change and progress, which marks the beginning of several new collaborations with inspiring and driven Quebec companies.

One of the projects that caught the most attention and earned us the highest accolades is, without a doubt, our vegan Chocolate and Hazelnut Christmas Yule log, developed in partnership with Végane, mais pas plate! . Hugely popular among Quebec’s vegans, it also received the higest recognition by all those who tried it.

Thanks to this delicious product, we can now proudly say that we are the winners of the 2019 food innovation prize awarded by the CTAQ (Quebec Food Processing Council). Each year, the council awards prizes in several food categories for ideas and new projects that took shape throughout the year, to reward the successes of food companies. Food is at the heart of the daily lives of all Quebecers, and it’s important to reward companies that surpass themselves to offer their customers interesting, eco-friendly and healthy products. Jessica Pastries was one such lucky winner of the Coup de Coeur du Jury.

It was an emotional evening for our chef Marianne Hallas and her team and a beautiful achievement to add to her professional profile.. This log, conceived and developed by Marianne, consists of a cake dough made from roasted hazelnuts and oat milk, with a delicious chocolate and hazelnut ganache and chocolate rice crispies crunch. It’s a 100% vegan log made from a list of simple ingredients..

Thanks to this award, we’ll have the chance to exhibit our product at several conferences and cocktail parties throughout the year, including those of the National Assembly in Quebec City, Sial Canada and the Congress of the Association of Food Retailers of Quebec. The log will also appear in several newsletters and magazines. Great opportunities for our product to become more widely known and appreciated by more and more people. It will also open the door to the vegan market, in which people will become more interested and provide an opportunity for many other projects to see the light of day.

This is a beautiful end to a colorful year, during which several achievements were made possible, for a better, more environmentally friendly and fairer world. Jessica Pastries is proud to partner with a leading-edge movement that challenges the barriers of a changing society. This reward only confirms that we are heading in the right direction, and nothing could be more inspiring. 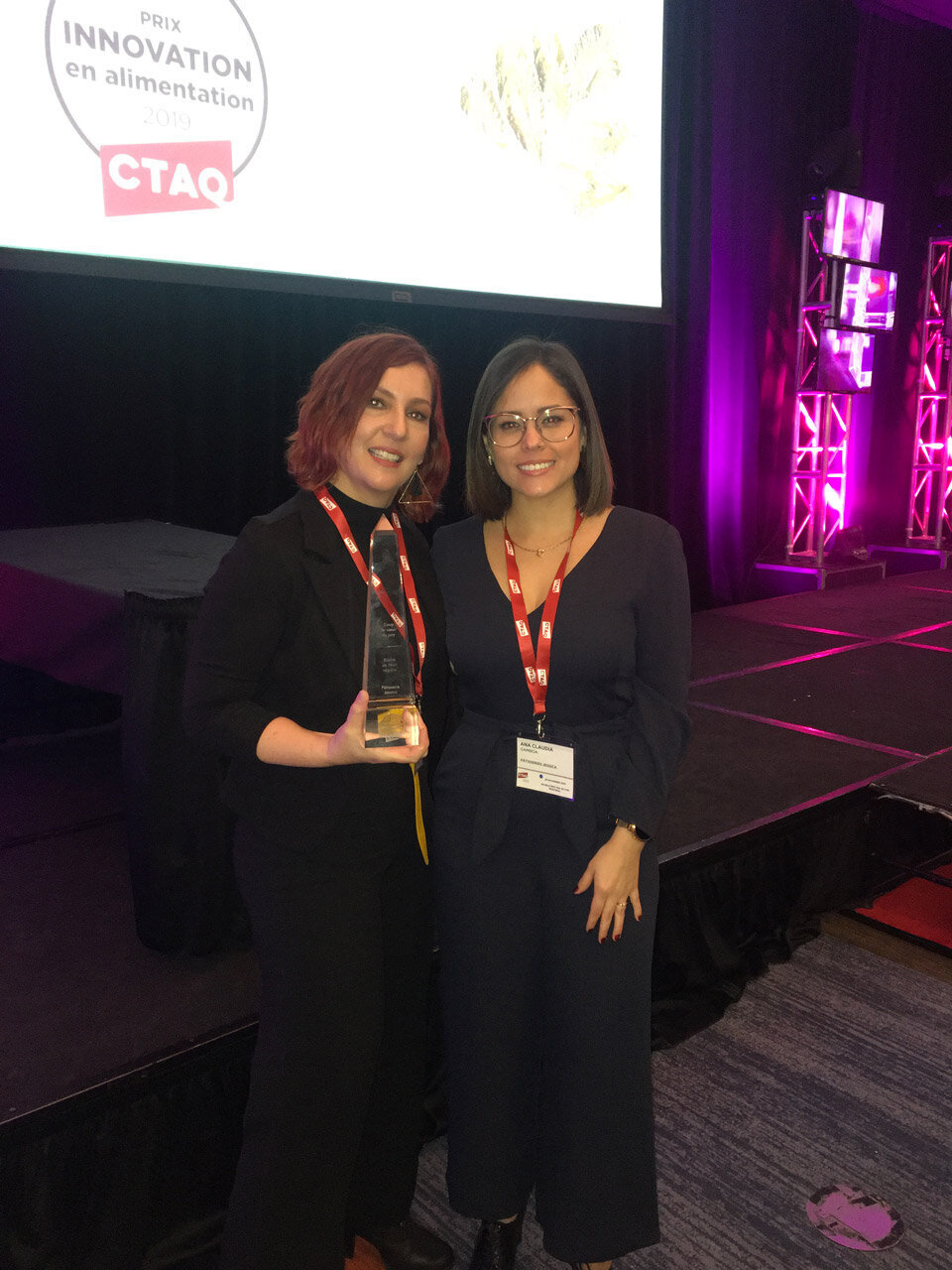